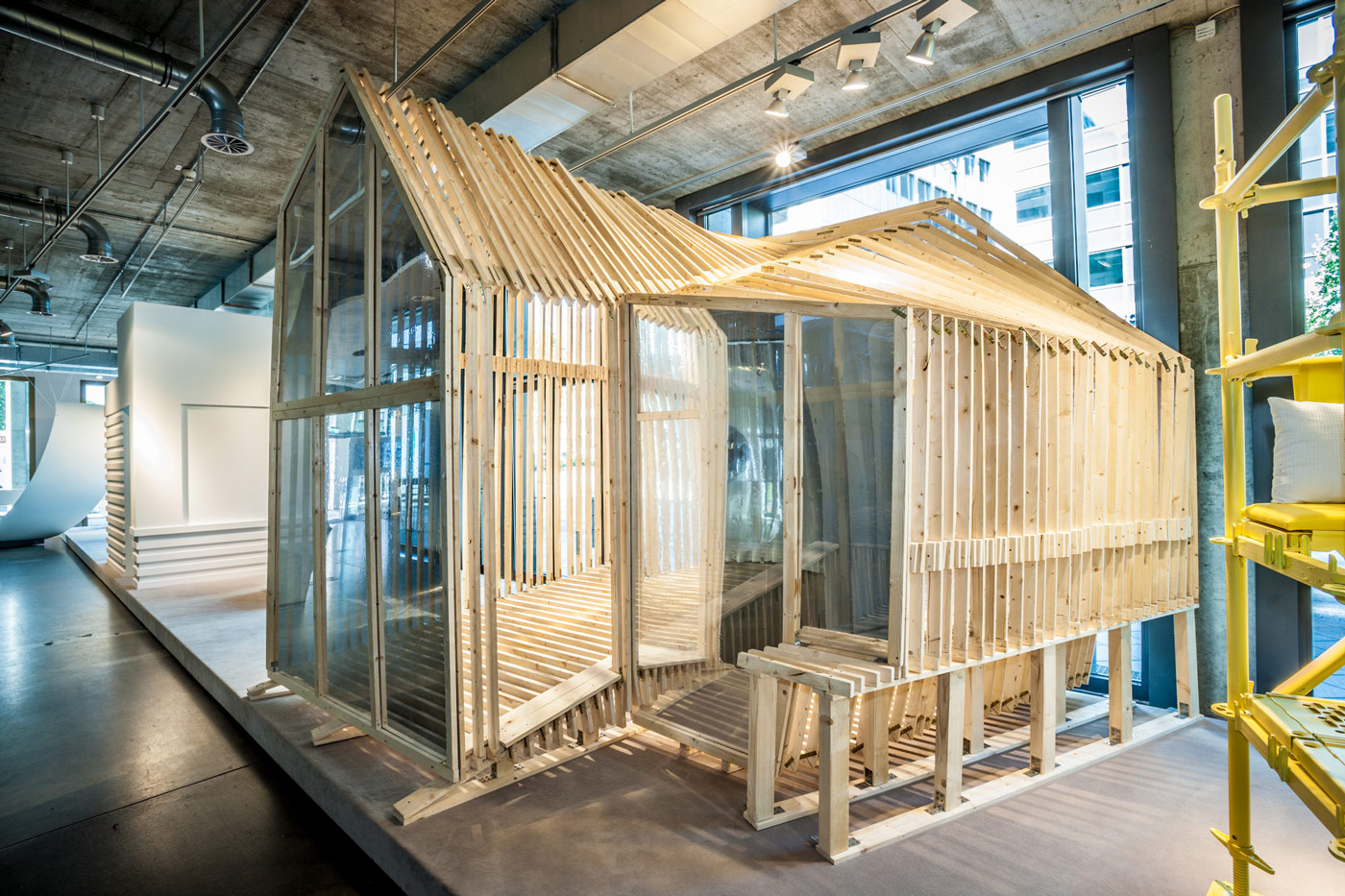 “Experience is not arrayed before me as if I were god, it is lived by me from a certain point of view; I am not the spectator, I am involved, and it is my involvement in a point of view which makes possible both the finiteness of my perception and its opening out upon the complete world as a horizon of every perception.”

The perception in different scale of the same users creates an unexpected event for the user outside the installation and at the same time it transforms the user inside the installation as an active actor, making him to explore even more the space, creating a new relation with the outside user...entering in a state of play. The double reflection adds an infinite perception of the space, which increases even more the complexity and continuity in order to reinforce the perception.

The repetition and direction of the timber frames construct the two opposite perspectives which allow the state of play to become true. 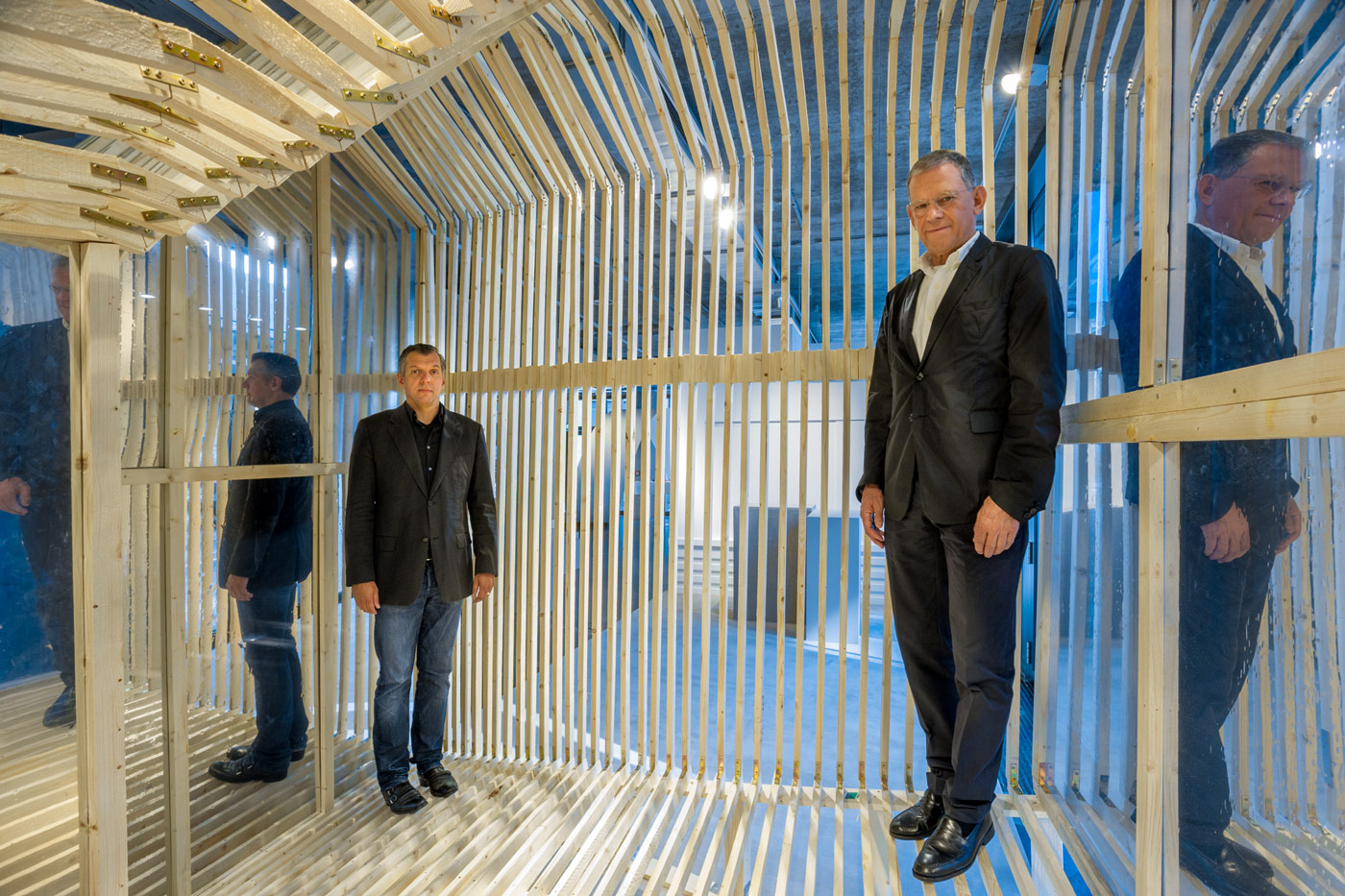 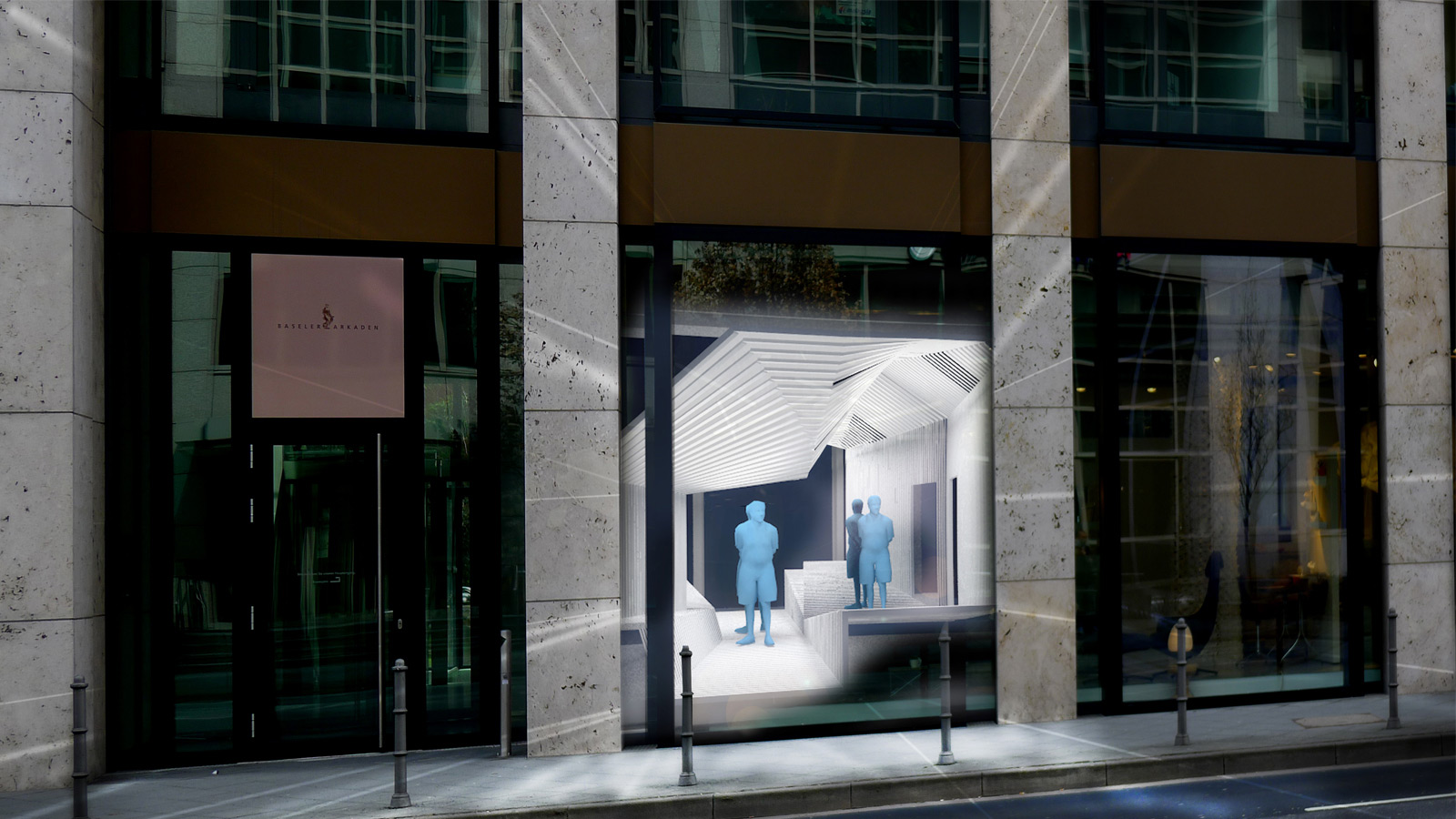 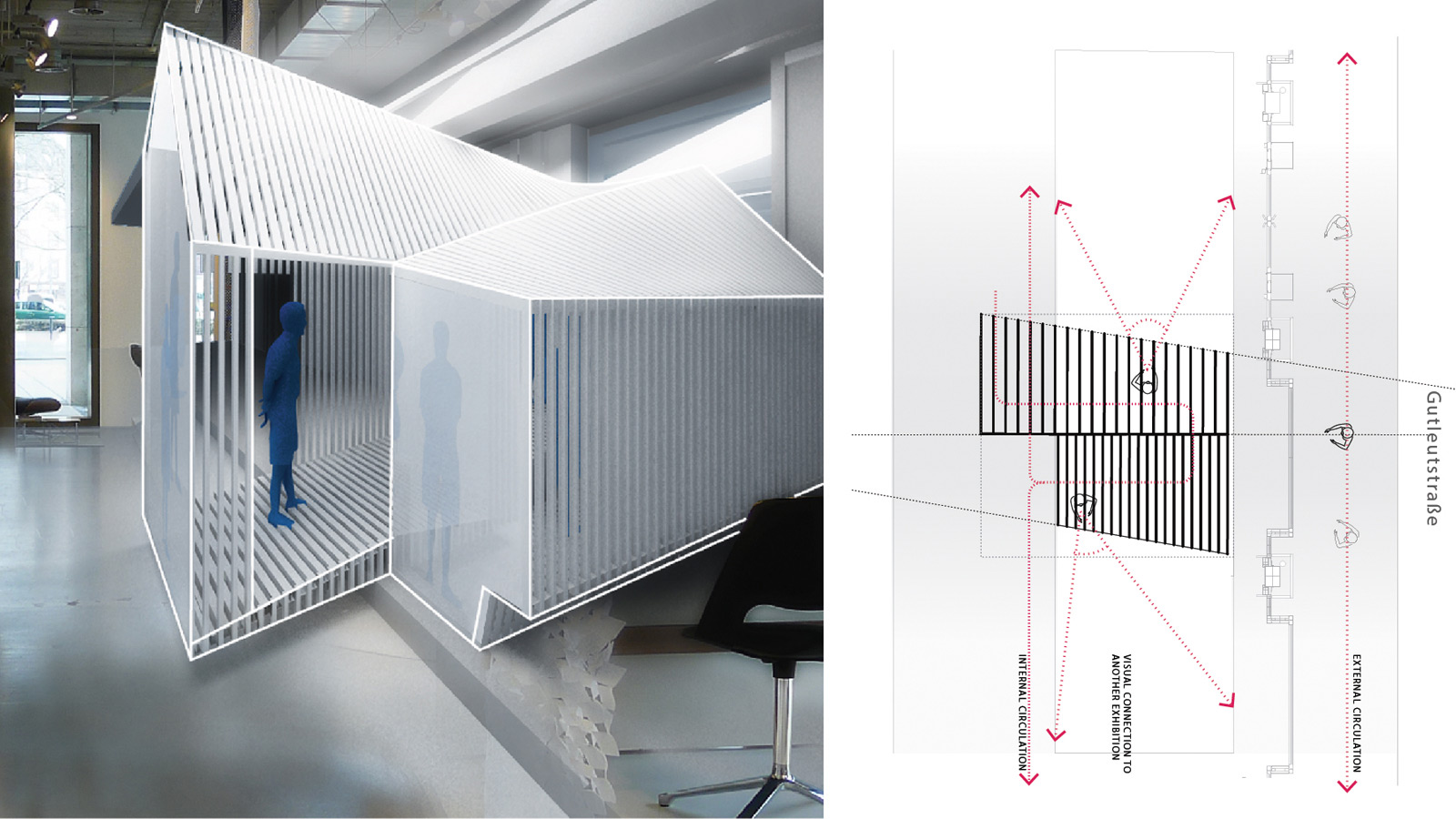 The AAD Programme is one of three specializations of the postgraduate Masterprogram of the Staedelschule Architecture Class.

The scope of the undertakings of the one year AAD programme lies on the one side in the consequent training and discussion of an elaborated of design methodology, on the other in implemented research related to disciplines as urbanism, architecture theory and engineering, and is ranging as wide as to science and the humanities. The basis for both research and design methodology is the reading of buildings as potentially intricate systems of form, structure and organization that take into consideration their inner logic of complexity, relativity and multiplicity. The programme is taught in English.

In regards to the potential of computational design strategies mainly, the aim here is formulated to challenge relativity and differentiation in order to develop radically new systems of architecture that go beyond standardization and classification of e.g. type and typology. Designing and researching such building-systems means to develop an extensive method to experiment. The overall aim is to provoke a precise understanding not merely of how architecture appears, but of how it operates - so finally, of how within that logic it develops its organization and formal expression. The development and research of actual architectural design and its adaptability to becoming informed by a wide field of valuable and varying contexts becomes central. The AAD design and research of emerging building-systems will critically discuss relational conditions of as many relevant influences on architecture, such as contexts, organization, programming, material, structure, space, atmospheres and aesthetics. All individual aspects as described are perceived as soft transformable entities with the ability to become actually important for the argumentation, thus finally the formation of architecture. The process favours a highly critical and iterative rather than linear understanding of design thinking. Through the ability to process and evaluate complex information in order to engender differentiated and novel architectural statements rather than a single conclusion, the programme labels itself as Advanced Architectural Design. Throughout the AAD programme, the students are equipped with the ability to formulate their individual design agenda, generate an emerging, computational tool kit and are enabled to take a strong position in the contemporary architectural discourse. Criticality, originality and relevance are main criteria handled for the evaluation of the individual research and design profiles.

AAD is directed by Christian Veddeler, Guest Professor at SAC and Associate Director at UNStudio, Amsterdam. It draws on members of SAC faculty, visiting academics and consultants from a range of associated fields pending the thematic focus defined for the academic year.